Look at all these lovely, hardworking poppets! 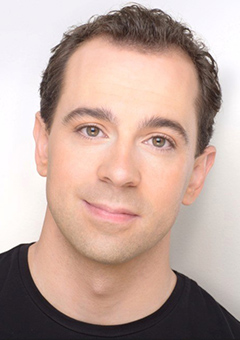 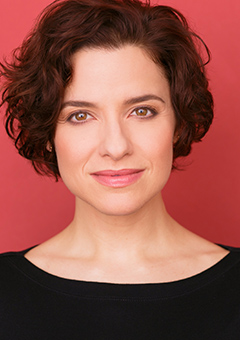 Broadway credits include School of Rock, Tarzan, Is He Dead?, All Shook Up, Footloose, and Hairspray. National Tours: Wicked. Off-Broadway: Fiorello!, Stairway to Paradise, Reefer Madness, and The School for Lies. TV: “Crashing,” “Law & Order.” Jenn is raising two wonderful daughters with one terrific husband! 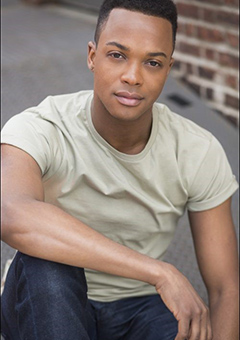 A native of North Carolina, he is honored to be creating the role of Andre in the iconic Mrs. Doubtfire. J. has appeared in stage productions on Broadway and regionally, most recently closing Kinky Boots on Broadway as Lola and The Sting at Paper Mill Playhouse as Johnny Hooker. TV credits include “High Maintenance: Globo” on HBO as Charles and “Raising Dion” on Netflix as Kwame. AMDA (NY). 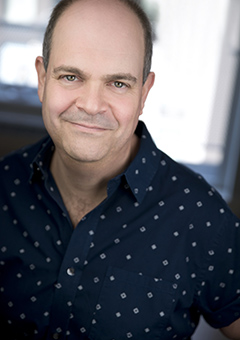 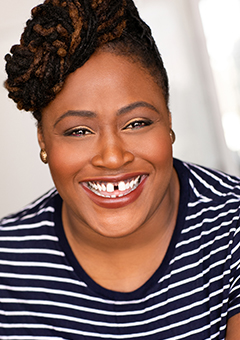 Credits include Broadway: Waitress, Side Show. Regional: Waitress; Kiss Me, Kate; Ain’t Misbehavin’; Smokey Joe’s Café; Aida; West Side Story; and The Wiz. Dawson is a graduate of The American Musical and Dramatic Academy. She would like to send love and gratitude to her family and friends for their continued love and support. 1 Cor 13:1-8. 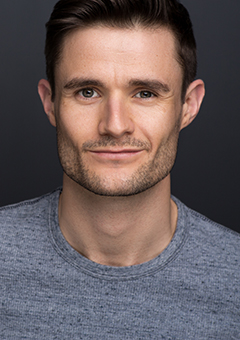 Broadway: Waitress, The Play That Goes Wrong. Off-Broadway: Me And My Girl (Encores!) and the Irish Repertory Theatre’s revival of Finian’s Rainbow. U.S. regional credits: Mary Poppins, The Fix, Aida, Singin’ in the Rain, and the National Tour of The Book of Mormon as “Elder Price.” West End/London credits: Ghost, Wicked, Oklahoma!, Spamalot, Rocky Horror. Film: The Tower of Silence, Lake Placid 3, and Dead Hungry. 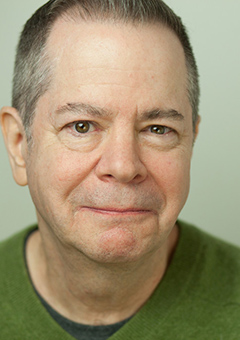 Broadway: She Loves Me, Something Rotten!, Cinderella, A Free Man of Color, The Drowsy Chaperone, The Frogs, Beauty and the Beast. Off-Broadway: The Illusion; Mr. Charles, Currently of Palm Beach; The Most Fabulous Story Ever Told (Drama Desk nomination). Film: The Producers, Disney’s The Princess and the Frog, Meet the Parents, Jeffrey. TV: “The Big C,” “Law & Order,” “One Life to Live” (20 years as Nigel). 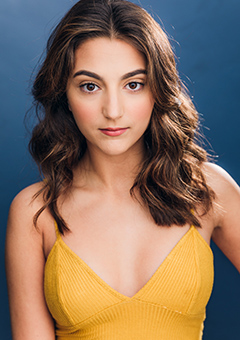 Analise Scarpaci is thrilled to be a part of this company! Broadway: Matilda, A Christmas Story. First National Tour: Matilda. Off-Broadway: Lolita, My Love at York Theatre. She’s currently a junior in Pace University’s Musical Theatre Program. Thanks to Kim, CESD, Kat, Badiene, Michael, Marc, and Telsey. Special thanks to the cast & creative team of Mrs. Doubtfire! Love and thanks to Mom and Dad for your love and support. 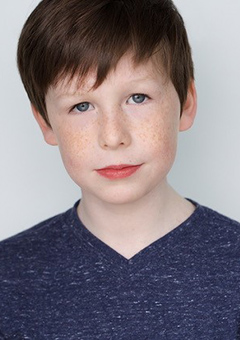 Broadway: Flynn originated the role of Charlie in Charlie and the Chocolate Factory. Regional: A Christmas Carol, Shrek, Billy Elliot, Mary Poppins (IRNE Award), Singin’ in the Rain, Mame, and Peter Pan (IRNE Award). TV: “Broad Squad.” Thank you to John Mara and Innovative Artists. And thank you for all the love and support to Mom, Dad, Joe, Mikey, and Patrick. 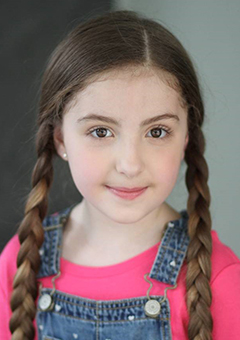 Music and Lyrics by

Most people know Wayne Kirkpatrick from his 1996 Grammy Award-winning song of the year “Change the World,” recorded by Babyface and Eric Clapton. What you may not know is that Wayne has had over 200 songs recorded in the last 30 years. He has enjoyed pop, country, R&B, and CCM success with songs such as “Every Heartbeat” and “Good For Me” by Amy Grant, “Place In This World” by Michael W. Smith, as well as recordings by Don Henley, Wynonna, Faith Hill, Trisha Yearwood, Tyler Hilton, Gabe Dixon, Tim McGraw, Martina McBride, Joe Cocker, and The Wreckers (“My, Oh My”). Wayne solely wrote Garth Brooks’ single “Wrapped Up in You,” and penned the song used in Garth Brooks’ Dr. Pepper commercial. He is also a writer on Bonnie Raitt’s singles “I Can’t Help You Now” and “I Will Not Be Broken,” as well as “Take My Love With You” from her Grammy Award-winning Slipstream album and recently had the first single from her latest album, Dig in Deep, entitled “Gypsy in Me.” He has produced and written on three Little Big Town records, yielding such Top 10 hits as “Boondocks,” “Bring It On Home,” “A Little More You,” and “Little White Church.” His songs have been featured in movies, including Almost Famous, Phenomenon, and Bruce Almighty, as well as TV shows such as “Grey’s Anatomy,” “True Blood,” “Nashville,” and “Secrets and Lies.” His song, “When You Act,” was written for and featured on an episode of the Netflix original series “Julie’s Greenroom,” and was performed by Julie Andrews and Alec Baldwin. Wayne is also co-creator and co-composer/lyricist of the Broadway musical Something Rotten!, nominated for 10 Tony Awards and currently touring the country. He has just recently finished writing songs for the Warner Bros. animated feature Smallfoot, and was inducted into the Nashville Songwriters Hall of Fame for 2018.

Karey Kirkpatrick began his career as a screen and songwriter for Walt Disney Feature Animation, where he penned The Rescuers Down Under and James and the Giant Peach. Additional film credits include Chicken Run (Golden Globe Award nominee for Outstanding Comedy Film), Charlotte’s Web, The Hitchhiker’s Guide to the Galaxy, The Spiderwick Chronicles, and Over the Hedge, which he also co-directed. He directed the Paramount Pictures feature film Imagine That starring Eddie Murphy, and also co-produced and performed on the film’s soundtrack. He received Tony Award nominations for co-writing the book, music, and lyrics for Something Rotten! Most recently, Karey directed and co-wrote the screenplay and the songs for the new Warner Brothers animated musical Smallfoot.

Karey Kirkpatrick began his career as a screen and songwriter for Walt Disney Feature Animation, where he penned The Rescuers Down Under and James and the Giant Peach. Additional film credits include Chicken Run (Golden Globe Award nominee for Outstanding Comedy Film), Charlotte’s Web, The Hitchhiker’s Guide to the Galaxy, The Spiderwick Chronicles, and Over the Hedge, which he also co-directed. He directed the Paramount Pictures feature film Imagine That starring Eddie Murphy, and also co-produced and performed on the film’s soundtrack. He received Tony Award nominations for co-writing the book, music, and lyrics for Something Rotten! Most recently, Karey directed and co-wrote the screenplay and the songs for the new Warner Brothers animated musical Smallfoot.

John O’Farrell is one of the U.K.’s best-known comic authors and script writers. He received a Tony Award nomination for co-writing Something Rotten! His bestselling novels have earned him three nominations for the Wodehouse Prize for comic fiction and include The Best a Man Can Get, May Contain Nuts, and The Man Who Forgot His Wife. Nonfiction includes An Utterly Impartial History of Britain, his political memoir Things Can Only Get Better, its recent sequel Things Can Only Get Worse?, and three collections of his satirical columns for The Guardian newspaper. One of a handful of British authors to have achieved bestseller status with both fiction and nonfiction, O’Farrell’s books have been translated into 30 languages and adapted for BBC Radio and television. Previously a staff writer and later panelist on the BBC’s “Have I Got News For You,” he was a lead writer on 10 series of ITV’s “Spitting Image.” Winner, British Comedy Award. Currently writing the sequel to Chicken Run and adapting one of his novels for Sony International Pictures.

Music Supervision, Arrangements,
and Orchestrations by

Ethan Popp is a Grammy Award-nominated music producer and Tony Award-nominated orchestrator whose work has been seen and heard worldwide. As music supervisor, arranger, and orchestrator for Motown The Musical, Ethan earned a 2013 Tony Award nomination for Best Orchestrations and a 2014 Grammy Award nomination for Best Musical Theater Album. He has also served as music supervisor, arranger, and orchestrator for the 2008 Tony Award-nominated Best Musical Rock of Ages, for which he also co-produced the highly acclaimed Original Broadway Cast Recording. Ethan served as the music supervisor for the Broadway world premiere and 2016 Tony Award-nominated Best Musical School of Rock, and music supervisor for the Broadway premiere and 2015 Tony Award-winning Best Musical Revival of Hedwig and the Angry Inch starring Neil Patrick Harris. Ethan is the orchestrator of the hit West End musical Tina: The Tina Turner Musical, and will soon be collaborating with Glen Ballard and Alan Silvestri as orchestrator for the highly anticipated adaptation of Back to the Future. On film, his work can be heard as vocal coach for 2019 Oscar Award winner Rami Malek in 20th Century Fox’s Bohemian Rhapsody; while in 2016, his work as Music Director and Music Production Supervisor for the 20th Century Fox film The Greatest Showman helped bring the 2019 Grammy Award-winning soundtrack to worldwide acclaim. On television, Ethan has served as a music producer, arranger, and orchestrator on NBCUniversal’s “Smash,” and as composer, music producer, arranger, and orchestrator on HBO’s “Last Week Tonight with John Oliver.”

Lorin Latarro is a director and one of the leading choreographers in the theatrical world today. On Broadway, she choreographed Waitress, Les Liaisons Dangereuses, and Waiting for Godot with Patrick Stewart and Ian McKellen. As director and choreographer, Lorin’s credits include A Taste of Things to Come (Chicago, York Theatre Company, Bucks County Playhouse), and #DateMe at the Westside Theatre. Additional choreography: Waitress (West End and National Tour), Superhero (Second Stage), Merrily We Roll Along (Roundabout), La Traviata (The Met), Chess (Kennedy Center), Twelfth Night (Delacorte), Lin-Manuel Miranda’s 21 Chump Street (BAM), The Heart of Rock & Roll (Old Globe), Assassins, God Bless You, Mr. Rosewater (Encores!), Between the Lines (KC Rep), Queen of the Night (Drama Desk Award), Kiss Me, Kate (Barrington), The Best Is Yet to Come (59E59, Drama Desk Award). Lorin has performed in 12 Broadway shows and danced for Tharp, Momix, and Graham. She is a Bucks County Artistic Associate and Juilliard graduate. Additional choreography: Almost Famous (Old Globe) and the upcoming production of The Outsiders (Goodman).

Jerry Zaks was most recently represented on Broadway by Hello, Dolly! and the recent A Bronx Tale: The Musical. Mr. Zaks has directed more than 30 productions in New York.  He has received four Tony Awards and been nominated eight times. He’s also received four Drama Desks, two Outer Critics Circle Awards, and an Obie. His credits include Meteor Shower, Shows for Days, Sister Act, The Addams Family, Guys and Dolls, Six Degrees of Separation, Lend Me a Tenor, The House of Blue Leaves, The Front Page, A Funny Thing Happened on the Way to the Forum, Smokey Joe’s Café, Anything Goes, La Cage aux Folles, Little Shop of Horrors, The Man Who Came to Dinner, The Foreigner, A Bronx Tale, Laughter on the 23rd Floor, and the original production of Assassins. He began his career directing the extraordinary plays of Christopher Durang including Sister Mary Ignatius Explains It All For You, Beyond Therapy, Baby with the Bathwater, and The Marriage of Bette and Boo. He directed the award-winning film Marvin’s Room, starring Meryl Streep and Diane Keaton, and Who Do You Love?, which was featured in the Toronto Film Festival. Mr. Zaks is a founding member and serves on the board of the Ensemble Studio Theatre. He received the SDC’s George Abbott Award for Lifetime Achievement in the Theatre. He graduated from Dartmouth in 1967, received an M.F.A. from Smith College in 1969, and was awarded an honorary Doctorate of Fine Arts from Dartmouth in 1999. He is a 2013 inductee to the Theater Hall of Fame.

Kevin McCollum has produced some of the most acclaimed and successful shows on Broadway over the past 25 years. His shows have received more than 100 Tony Award nominations and won the Tony Award for Best Musical for In the Heights, Avenue Q, and Rent, which was also awarded the Pulitzer Prize for Drama. Kevin is currently represented by the national tour and off-Broadway productions of the Olivier Award-winning The Play That Goes Wrong. Other notable productions include Hand to God, Something Rotten!, Motown The Musical, The Drowsy Chaperone, Baz Luhrmann’s La Bohème, West Side Story (2009 revival), Ragtime (2009 revival), [title of show], Irving Berlin’s White Christmas, and the off-Broadway hit De La Guarda. In addition to Mrs. Doubtfire, he is currently developing stage adaptations of The Devil Wears Prada, The Notebook, and several other well-loved titles. Kevin is also a producer on the upcoming West Side Story film directed by Steven Spielberg.

Based upon the Twentieth Century Fox Motion Picture

Based upon the
Twentieth Century Fox
Motion Picture